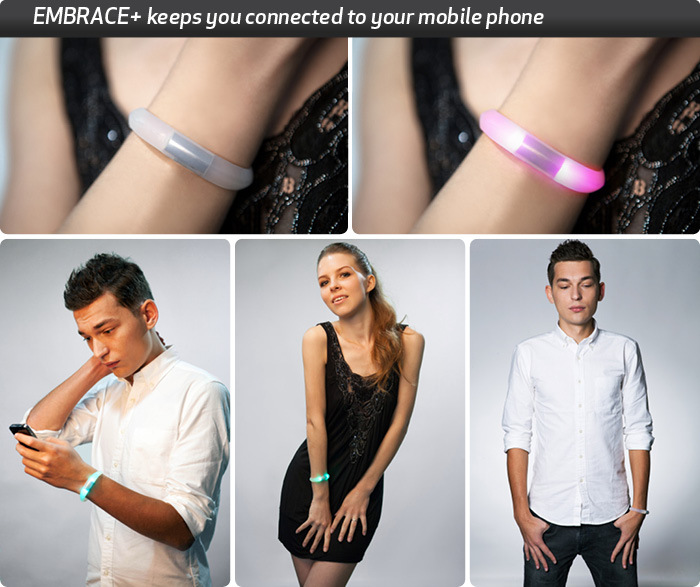 As you can see, the embrace+ doesn’t only target the geeks, but also the cool people that wear white shirts, and sexy women. At least I think that’s what the photo above tells us. Anyway, it doesn’t really matter. The embrace+ is a vibrating and luminous bracelet that alerts you of any notifications: calls, mails, facebook, skype, SMS, low battery and more. 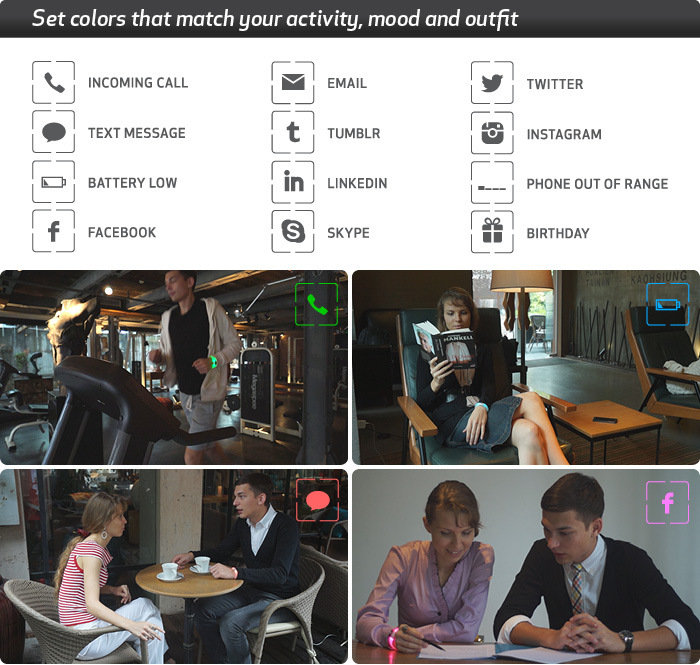 If it isn’t clear enough in the image, and it isn’t, the app let you control which color. but that’s not all: 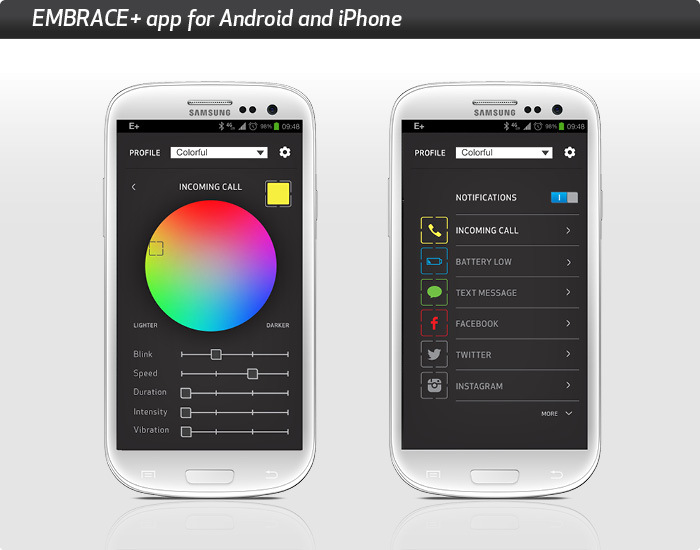 This one’s more explicit: the app lets you control the speed, blink, duration, intensity, vibration of the notification. enough settings to theoretically recognize at least 6 colors x4x4x4x4x4=6144 possibilities. In real life, i’de say around 30 different notifications can be perceived by the human brain. After that, it gets to confusing.

A final nice touch for the end: the embrace+ is entirely waterproof, lasts 10 days with 100 notifications a day, and charges in ten minutes via micro-usb. The embrace+ is re-trying to get funding on kickstarter now, after a failed tentative. However, this time, they have already reached their funding goal, as they managed to reduce cost: the embrace costs only 49$.