A long time has passed since my last post, but rejoice, today’s awesome product might make you excuse me for that. 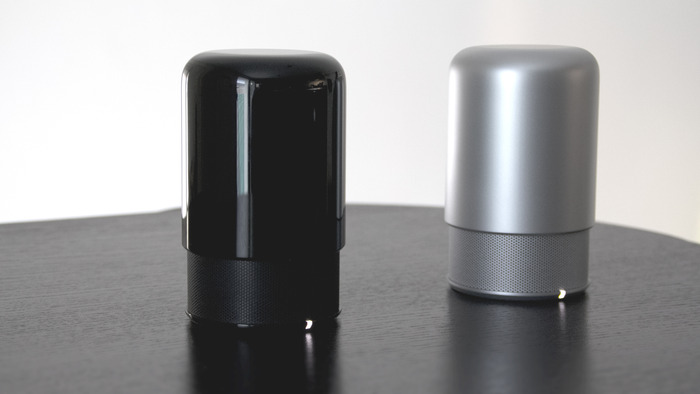 Introducing HiddenRadio2, a revision of the first iteration of the name HiddenRadio, which was rather well received by tech critics. The main drawback were FM usability and Sound not being so great after all.

but both of these concern seem to have been resolved with this year’s product.

In response to the hood muffling the sound and more generally relatively poor deep and eerie high, The team implemented a top of the line technology called dual “speaker neodymium“. Let see what that really means. Apparently they have a “high output to weight ratio which makes them ideal for a number of portable applications”. Perfect for the HiddenRadio2 isn’t it ? the result is cristal-clear highs and cavernous deeps: 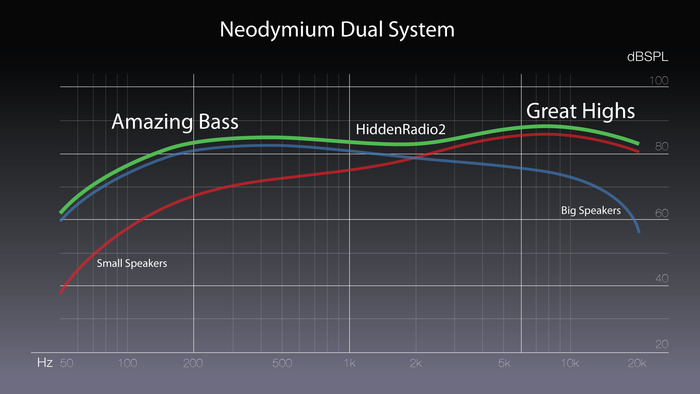 About the FM radio, well, there is none now. Get over it. Life moves on. Honestly what use is there to an FM radio when you’ve got all these application that can stream thousands of radios from the internet like TuneIn Radio ?

But that is not all folks ! You did not honestly though it would be it did you ? HiddenRadio2 has still 3 main features you ant to hear about:

Let’s go over them from left to right, right ? That would totally makes sense. But let’s do the contrary like true anarchists.

Magic lift means you just have to touch the top to boot up the device like and raise the top like it’s an elevator from Star Trek or something.

Smart control is actually more or less the same thing as magic lift, in the way it uses the touch sensor on the top to enable simple control: tap once to pause, tap twice to go forward, or draw a circle clockwise to increase the volume. Hell yeah, you can even call siri ! As the HiddenRadio2 has noise-canceling mics and hands free calls software, My guess is that you’ll start using Siri a lot more with the Speaker than before. Anyway my thought is that it’s pretty damn cool.

Multipoint, I think you’ve guessed by now enables you to connect to multiple speakers at once. Two different use case: you can have one in each room, or enable stereo and use them to watch a movie or something.

Lastly, the battery last a whooping 15 hours, which is not the highest in the portable speakers jungle but still in the high end. It can deliver some 90db, meaning you’ll suffer hearing loss if you stay around it at max volume for too long.          In case the design wasn’t obvious enough, the HiddenRadio2 has a 360° sound, how could it not.

To conclude, I’de say that for 149$, it’s a rather admirable deal, if the sound is indeed better than before. However don’t wait for the kickstarter campaign to end, as retail versions will sell for some 199$. Whatever, just take a look at this comparaison, you won’t argue very long